Book Review and Giveaway: A Cold Season by Allison Littlewood

September 11, 2013
Disclosure / Disclaimer: I received this book, free of charge, from Wunderkid PR, for review purposes on this blog. No other compensation, monetary or in kind, has been received or implied for this post. Nor was I told how to post about it

This novel has already sold more than 65,000 copies in the UK and was a Richard and Judy Book Club Pick and Finalist for This Is Horror’s “Novel of the Year."

Read on for what Mom thought about this new book, that's perfect for the Fall season.
and will be released later this month...

Drawing on her own experiences driving the winding roads of the English moors dreaming of treachery for nine years, Alison Littlewood, whom publisher Jo Fletcher calls “an amazingly emotive writer,” sets an isolated and deeply disturbing setting for her first novel, A Cold Season.

It all starts out when Cass, whose husband was lost in the sands of the desert war on terror, seeks a fresh start with her young son Ben in Darnshaw, the remote village where her own family had once been happy.

Once they arrive in Darnshaw, though, Cass finds that they are the only residents of apartments in the renovated old mill and the locals aren’t as friendly as she had hoped. As Ben settles into his new life and school, Cass tries to put aside her unease and finds comfort and companionship in Theodore Remick, the sympathetic substitute teacher who has taken a liking to Ben.  But when Ben begins to display a hostility that is completely unlike his usual gentle nature, Cass begins to despair.

Finally, the blizzards thunder through and Darnshaw is marooned in a sea of snow that prevents Cass from investigating the secrets of the town and its insular inhabitants. Is she just being a guilt-ridden over-protective single mom, or are there some forces greater than even motherly love? Soon Cass finds herself pitted against dark forces she can barely comprehend. Thecold season has begun…

You can read Chapter One HERE!

Review:
Get a cup of tea and a cozy chair for this one! In much the manner of a Stephen King book, Littlewood gets this thriller going quickly, into a fast and easy read. You can not believe this is her FIRST novel, and she knows just how to keep the reader sitting on the edge of their seat, imagining a fog on the moor, in a quaint seaside town, driving in to your new home. You know this is NOT a good sign and foretells doom.  How easy it is for the mind to wander, then imagine, then transfer itself into doubt and panic. That's what Cass did in this novel. Like a good King novel, our minds can create more horror than we believe. This book is by far the BEST thriller, I have read in a long time! I do hope she will write a sequel to it- I'll be looking for it!

About the Author:
ALISON LITTLEWOOD was raised in Penistone, South Yorkshire, and attended Northumbria University. She planned to study graphic design, but “missed the words too much” and switched to a joint English and history degree. She followed a career in marketing before developing her love of writing fiction.

Littlewood’s short stories have been selected for The Best Horror of the Year and Mammoth Book of Best New Horror anthologies, as well as The Best British Fantasy 2013 and The Mammoth Book of Best British Crime 10. Other publication credits include the anthologies Terror Tales of the Cotswolds, Where Are We Going? and the charity anthology Never Again.

She now lives near Wakefield, West Yorkshire, with her partner Fergus. Her second novel, Path of Needles, in which a fairytale might be the key to horrific crime, has just been released in the UK and will be published by Quercus in the US in 2014.To learn more about Alison and her work, visit her website!

Ready to win this chilling book?

Thanks for reading this post and entering the giveaway!
A Cold Season Allison Littlewood Book Review giveaway 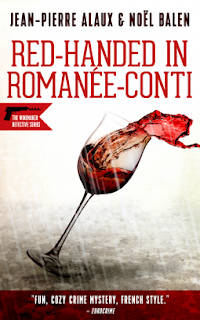