November 03, 2016
Disclosure / Disclaimer: I received this ebook, free of charge, from  Chicago Review Press, via Edelweiss, for review purposes on this blog. No other compensation, monetary or in kind, has been received or implied for this post. Nor was I told how to post about it

For us, our Halloween theme music involved a LOT of Big Bad Voodoo Daddy- Miss Grace has developed an affinity for different musical genres of late (more on that in another post in a bit), and BBVD as they are affectionately known, are a great band that combines swing, jazz and blues, in a wicked way:


And that song also set the mood for this new book, that takes on a true tale of NOLA, and that is a cold case to this day! 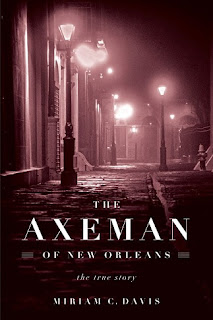 Synopsis:
From 1910 to 1919, New Orleans suffered at the hands of its very own Jack the Ripper–style killer, while two innocent men nearly paid for one of his crimes with their lives. The story has been the subject of websites, short stories, collections of true crime, novels, a graphic novel, and most recently the FX television series American Horror Story. But the real story of the Axeman of New Orleans has never been written—until now. The Axeman of New Orleans tells this true story of gruesome murders, sympathetic victims, accused innocents, public panic, the New Orleans Mafia, and a mysterious killer.

The Axeman repeatedly broke into the homes of Italian grocers in the dead of night, leaving his victims in a pool of blood. Iorlando Jordano, an innocent Italian grocer, and his teenaged son Frank were wrongly accused of one of those murders; corrupt officials convicted them with coerced testimony. Miriam C. Davis here expertly tells the story of the search for the Axeman and of the eventual exoneration of the innocent Jordanos. She proves that the person mostly widely suspected of being the Axeman was not the killer. She also shows what few have suspected—that the Axeman continued killing after leaving New Orleans in 1919. Only thirty years after Jack the Ripper stalked the streets of Whitechapel, the Axeman of New Orleans held an American city hostage. This book tells that story.

Review:
Davis REALLY did her research for this book, delving deep into NOLA records (which isn't always easy, post-Katrina!), and presents a true cold-case with no true clear suspect(s). One really has to wonder while reading the book, at how modern technology could have possibly made a dent in the evidence recovered, and if a DNA match would ever have been made, bringing the culprit to justice. Instead many families fell prey to the Axeman, for no apparent reason. For some, their lives were never the same. This is a true story of the immigrant middle class of NOLA, and how they lived the American dream, and then had it snatched away in the middle of the night.

It's also an interesting look at how law enforcement was in the early 1900s and how as detection technology and techniques helped to raise it into a profession of astute individuals. David gives a riveting page turner, that takes the facts of the cases and offers possible scenarios and events leading up to the crimes, that make them all the more horrific, for their unsolvability. And while Davis gives the goosebump idea of The Axeman cutting a swath across Louisiana,  one can only wonder who knows the true story, hidden in a family diary, and who can answer the one question no one can: "Why?".

If you love history, especially that if NOLA, be sure to put this one on your holiday wish list!
(And Kudos to Davis for a great cover art selection-it really sets the tone for the book!)
About the Author:

Miriam C. Davis has a PhD in history and is the author of Dame Kathleen Kenyon, a life of the most important female archeologist of the twentieth century. She lectures for Smithsonian Journeys and lives in Montgomery, Alabama. 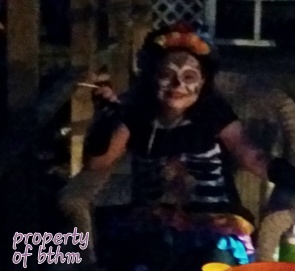 If you've been a long time reader of this blog, then you know one of our monthly mainstays  was the Top Shelf book giveaway-featuring review books, cds, and even DVDs, it was a way for you to win some of the items reviewed here on BTHM.... but PHYSICAL books are no longer the norm, from our publishers,  sooooo we had to change up the Top Shelf giveaway! So now you can enter to win an Amazon card,  instead of physical books! This method seems to have been a hit with ya'll, so we're keeping it up, just reducing  the amount of giveaways, to seasonal Top Shelf giveaways, versus once a month! Good luck! Enter to win a $10 Amazon e-card to buy the book/cookbook/kindle ebooks that  YOU want! The choice is YOURS, as a thank you for your continued reading of this blog! a Rafflecopter giveaway 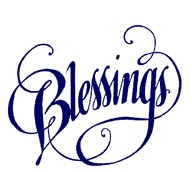 Mister Linky's Magical Widgets -- Easy-Linky widget will appear right here! This preview will disappear when the widget is displayed on your site. If this widget does not appear, click here to display it.